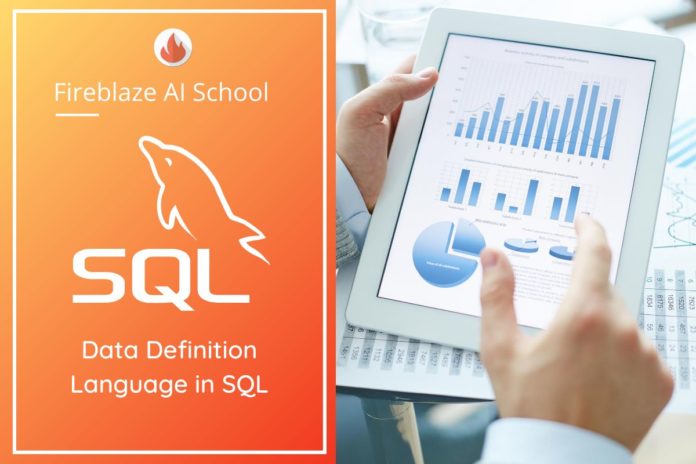 Data definition language in SQL is abbreviated as DDL. It is also called as data descriptive languages. Now the question arises what is DDL?

DDL statements are used to create and modify database objects such as tables, indexes, and users.

So the commands used in data definition language is as follows:-

The syntax for Create command

alter command is used to change  the structure of the existing database or tables. We can make random changes in the database using alter command.

• TRUNCATE -Truncate command is used to remove all records from a table, including all spaces allocated for the records are removed.

• RENAME – Rename command is used to rename a particular row or column name with respect to the table.Rename an particular entity.