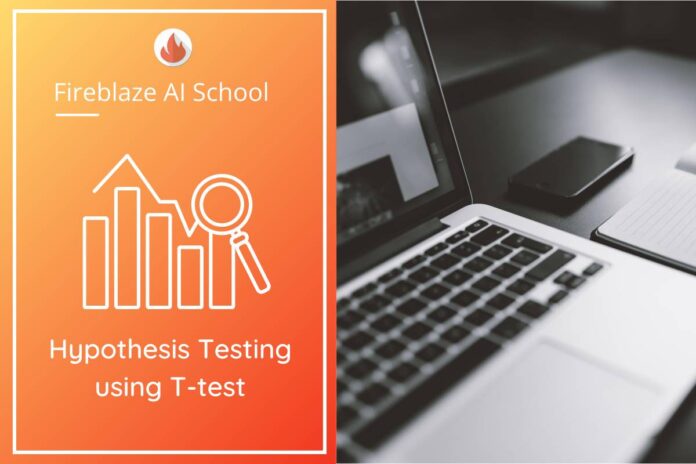 The t-test tells you how significant the differences between groups. It means that it lets you know if those differences (measured in means/averages) could have happened by chance.

What Is Mean By Hypothesis Testing using T-test?

There are three main types of t-test:

Choose the paired t-test if you have two measurements on the same item, person, or thing. You should choose a t-test when you measure anything that is unique condition.

For Example: measuring a metal strength. Although the manufacturers are different, you might be subjecting them to the same conditions. Two sample t-test it means you comparing two different samples.

Another Example: test two different groups, means-testing an interview from the company. If you take a random sampling from each group separately and they have different conditions, then samples are independent and should run independent samples t-test.

In hypothesis testing, the independent sample t-test is μ1 = μ2. It means, assumes the means are equal. With the paired t-test, the null hypothesis is that the pairwise difference between the two tests is equal (H0: µd = 0).

Step 1: Subtract each Y score from each X score.

Set this number aside for a moment.

Step 3: Square the differences from Step 1.

Step 4: Add up all of the squared differences from Step 3.

Step 5: Use the following formula to calculate the t-score:

ΣD2: Sum of the squared differences (from Step 4)


You are learn about when to use the t-test and how to calculate. Also, learn what is means by t-test and uses of t-test.