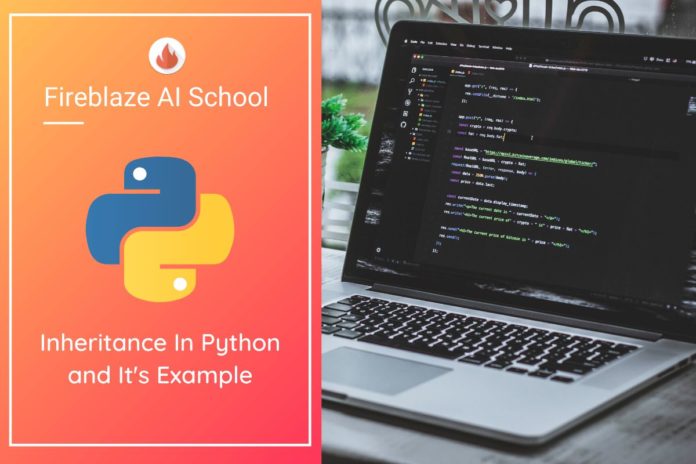 Introduction To Inheritance In Python

What is meant by Inheritance?

In object-oriented programming, inheritance is the concept that when a class of objects is defined, any subclass. (i.e. Child class is joined to parent class).simply, Inheritance is when a class uses code constructed within another class. In terms of biology, we can think of a child inheriting certain traits from their parents.

It is the class being inherited from, also called a base class.

It is the class that inherits from another class, also called a derived class.

This tutorial will go through some of the major aspects of inheritance in Python, including how parent classes and child classes work.

Parent class is also called base classes. Parent classes create a pattern out of which child or sub classes can be based on. It can have the ability to create a child class through inheritance without having to write the same code over again each time.

Let’s create a ‘Fish’ parent class that we

Note: ‘ pass ’ keyword when you do not want to add any other properties or methods to the class.

Created a child class that inherits the properties and methods from its parent.
Using __int__ ( ) function to the child class(instead of the ‘pass’ keyword).

Using super() function that will make the child class inherit all the methods and properties from its parent.

Types of Inheritance In Python

Depending upon the number of classes(i.e. Child and parent classes). There are four types of inheritance in Python.

Only one child class inherit only one parent class.

When more than one derived class is created from a single base.

Super function allows us to call a method from the parent class.

The super() builtin returns a proxy object (temporary object of the superclass) that allows us to access methods of the base class.