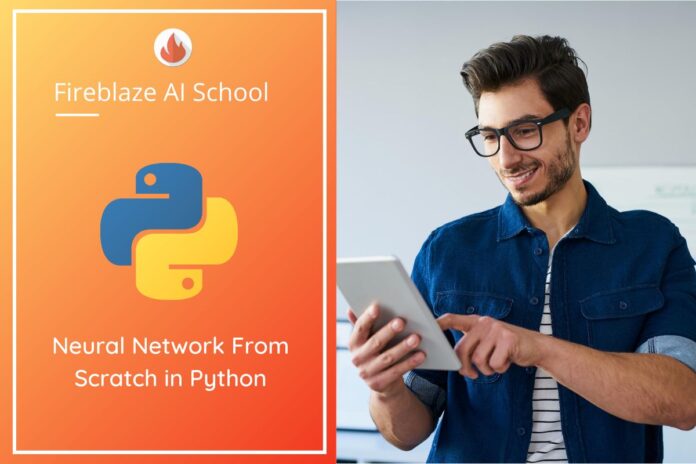 Introduction To Neural Network From Scratch in Python

In this article understand about the 3-layer neural network from scratch in Python. We explain the mathematical term as much as possible.

Don’t be confused in machine learning and deep learning concept, in this post I am assuming that you’re comfortable with the basic concept of machine learning, statistics, and calculus. Ideally, you required knowledge about optimization techniques like gradient descent algorithm.

Because it helps you gain an understanding of how neural network works, clear the mathematics term how it update the weight, bias, and many more terms.

Even if you have a Neural Network libraries like PyBrain. Once you did at least one time  is an extremely valuable exercise.

That’s why we are going to discuss Neural Network From Scratch in Python with coding examples.

See the result the graph shows the decision boundary by logistic regression classifier. It separates the data as good as it can using a straight line, but it’s unable to capture the “moon shape” of our data. It means can not separate perfectly by the edge to edge.

So, let’s train the Neural Network.

A neural network is a supervised learning algorithm which means that we provide it the input data containing the independent variables and the output data that contains the dependent variable.

Let’s now build a 3-layer neural network means one input layer(left side), one output layer(right side of the network), and in between one layer known as ‘Hidden Layer’. The number of nodes in the input layer is determined by the dimensionality of our data, 2. Similarly, the number of nodes in the output layer is determined by the number of classes we have, also 2. (Because we only have 2 classes we could actually get away with only one output node predicting 0 or 1, but having 2 makes it easier to extend the network to more classes later on). The input to the network will be x- and y- coordinates and its output will be two probabilities, for class 0 (“female”) and for class 1 (“male”). It looks something like this:

We can choose the dimensionality (the number of nodes) of the hidden layer. The more nodes we put into the hidden layer the more complex functions we will be able to fit. But higher dimensionality comes at a cost. Why cost? Because First, more computation is required to make predictions and learn the network parameters. A bigger number of parameters also means we become more prone to overfitting our data.

How to choose the size of the hidden layer? While there are some general guidelines and recommendations, it always depends on your specific problem and is more of an art than a science. We will play with the number of nodes in the hidden later on and see how it affects our output.

. This is useful because it allows us to compute

once and re-use its value later on to get the derivative.

Because we want our network to output probabilities the activation function for the output layer will be the softmax, which is simply a way to convert raw scores to probabilities. If you’re familiar with the logistic function you can think of softmax as its generalization to multiple classes.

In the feed-forward part of a neural network, predictions are made based on the values in the input nodes and the weights. The weights of a neural network are basically the strings that we have to adjust in order to be able to correctly predict our output.

Step 1: (Calculate the dot product between inputs and weights)

The bias term is very important here. Suppose if we have a person who doesn’t smoke, is not obese, and doesn’t exercise, the sum of the products of input nodes and weights will be zero. In that case, the output will always be zero no matter how much we train the algorithms. Therefore, in order to be able to make predictions, even if we do not have any non-zero information about the person, we need a bias term. The bias term is necessary to make a robust neural network.

Mathematically, in step 1, we perform the following calculation:


Step 2: (Pass the result from step 1 through an activation function)

The result from Step 1 can be a set of values. However, in our output, we have the values in the form of 1 and 0. We want our output to be in the same format. To do so we need an activation function, which squashes input values between 1 and 0. One such activation function is the sigmoid function.

Mathematically, the sigmoid function can be represented as:

This sums up the feedforward part of our neural network. It is pretty straightforward. First, we have to find the dot product of the input feature matrix with the weight matrix. Next, pass the result from the output through an activation function, which in this case is the sigmoid function. The result of the activation function is basically the predicted output for the input features.

In order to minimize the cost, we need to find the weight and bias values for which the cost function returns the smallest value possible. The smaller the cost, the more correct our predictions are.

This is an optimization function where we have to find the function minima. To find the minima of a function, we can use the gradient descent algorithm.

Basically find the partial derivative of the cost function with respect to each weight and bias and subtract the result from the existing weight values to get the new weight values.

On the other hand, if the cost is decreasing with an increase in weight, a negative value will be returned, which will be added to the existing weight value since negative into negative is positive.

How our Network makes Prediction

Our network makes predictions using forward propagation, which is just a bunch of matrix multiplications and the application of the activation function(s) we defined above. If x is the 2-dimensional input to our network then we calculate our prediction

is the input of layer

is the output of layer

after applying the activation function.

are parameters of our network, which we need to learn from our training data. You can think of them as matrices transforming data between layers of the network. Looking at the matrix multiplications above we can figure out the dimensionality of these matrices. If we use 500 nodes for our hidden layer then

. Now you see why we have more parameters if we increase the size of the hidden layer.

Let’s start by generating a dataset with use of a scikit-learn library. We will go with the make_moons function.

Now, the result shows have two classes, plotted as red and blue points. You can think of the blue dots as male patients and the red dots as female patients, with the x- and the y-axis being medical measurements.

Our aim is to train a Machine Learning classifier that predicts the correct class (male or female) given the x- and y- coordinates.

NOTE: The data is not linearly separable, we can’t draw a straight line that separates the two classes. This means that linear classifiers, such as Logistic Regression, won’t be able to fit the data unless you hand-engineer non-linear features (such as polynomials) that work well for the given dataset.

In fact, that’s one of the major advantages of Neural Networks. The hidden layer of a neural network will learn features for you.

from matplotlib import pyplot as plt

# Generate a dataset and plot it 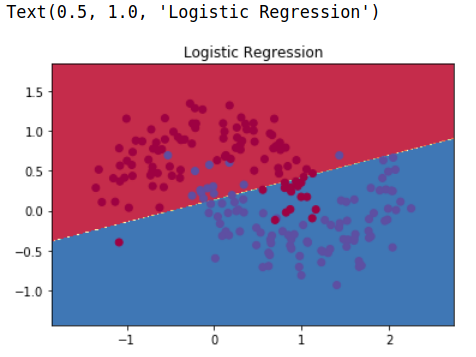 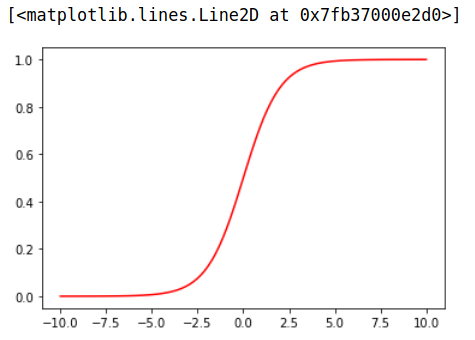 In this article, We discussed about Neural Network From Scratch in Python. we created a very simple neural network with one input, one output layer, and a hidden layer from scratch in Python. Linearly separable data is the type of data that can be separated by a hyperplane in n-dimensional space.