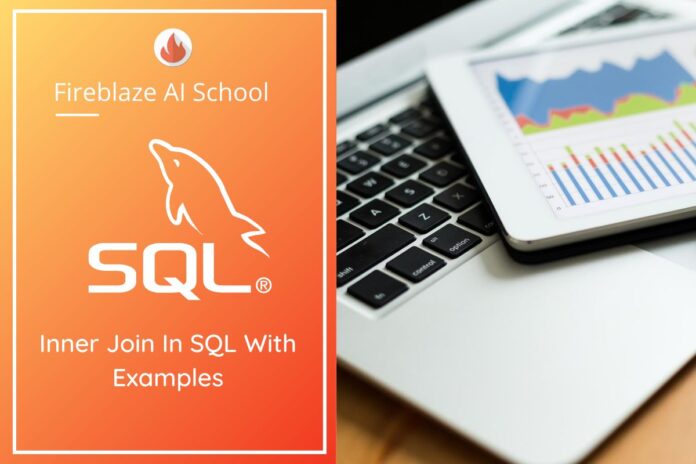 Introduction to Inner Join In SQL

The most valuable and commonly used of the joins is the Inner Join In SQL.

They are also referred to as an EQUIJOIN.

The Inner Join In SQL creates a new result table by joining column values of two tables (table1 and table2) based upon the join-word.

Step1:- Check the tables which had the column name ask in Query.

Step1:- Check the tables which had the column name ask in Query.

Here are two tables which is having the columns inside it.

Step2:- Write a Query to retrive the information.

Retrieving Records with the USING Clause:-

In this example, we retrieve a data from two tables on the basis of one common column department_id because there is two common columns.

Let’s Check the Syntax Of ON Clause:-

Q] Display the following columns from

The query is as follows:-

Here we join a specific column and retrieve the information on the basis common columns from both the table.

In this blog, you will get the knowledge of types of inner join and their uses which is help you to build a career in SQL.