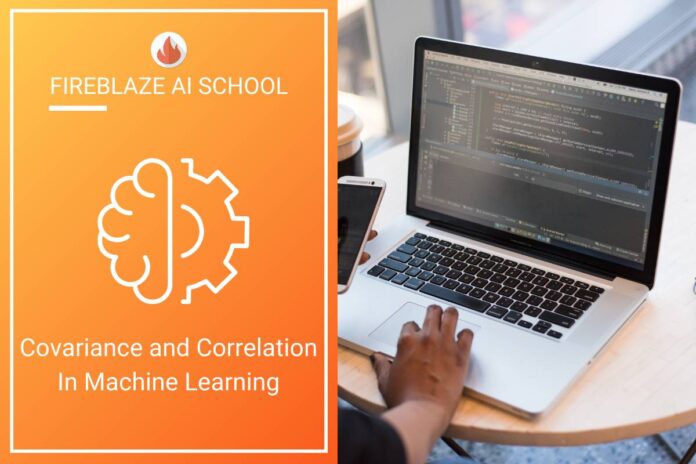 Covariance and correlation both are mathematical concepts that are also used in statistics and probability theory. Most useful in understanding variables. Generally use the data science field for comparing data samples from different populations, and covariance is used to determine how much two random variables to each other, whereas correlation, is used to determine change one variable is it affect another variable.

When there is no relationship, there is no any changes. Correlation explains the change in one variable leads to how much change in the second variable. Read more about How Tesla use AI & CV.

A sample is randomly chosen from population. We calculate covariance and correlation on samples rather than the complete population.

Significance of the formula

The correlation coefficient between the random variables X and Y, you have to divide the sample covariance of X and Y by the product of the sample sat.deviation of X and Y respectively.

Difference Between Covariance and Correlation

Correlation is simply a normalized form of covariance. It is obviously important to be precise with language when discussing the two, but conceptually they are almost identical.

Both covariance and correlation measure the linear relationship between variables but cannot be used interchangeably. Want to start your career in the field of data science? Visit our website to know how you can start our journey with our job oriented programs