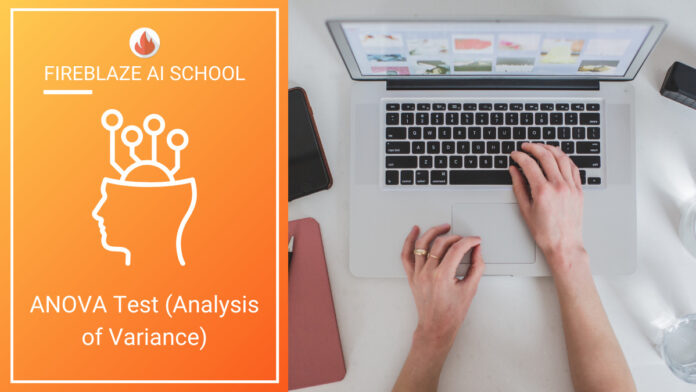 Analysis of Variance(ANOVA) is an extremely important tool for data analysis. Two types of ANOVA one is One Way and anothe is Two Way ANOVA used.

It is a statistical method to compare the population means of two or more groups by analyzing variance.

ANOVA is a statistical tool used for comparing the dependent and the independent variables. ANOVA technique that uses a sample of observations to compare the number of means.t is similar to that of t-test and z-test, which are used to compare mean along with relative variance. However, in ANOVA, it is best suited when two or more populations/samples are compared. An ANOVA test is to find if you need to reject the null hypothesis or accept the alternate hypothesis. Read more about Beginner’s Guide to Statistics in Machine Learning and SciPy.

One-way has one independent variable (with 2 levels). The one-way ANOVA compares the means between the groups you are interested in and determines whether any of those means are statistically significantly different from each other. Specifically, it tests the null hypothesis.

Example: You have a group of individuals randomly split into smaller groups and completing different tasks. For example, you might be studying the effects of tea on weight loss and form three groups: green tea, black tea, and no tea.

If more multiple independent variables then use N-way analysis of variance.

What are “Groups” or “Levels”?